One thing is certain. The tidal-wave of video is coming and most entrepreneurs and marketers don't know what to do about it. My goal is to help as many people as I can grow their businesses and influence by creating great, attention commanding video as easily and consistently as possible. This 25 day program IS NOT for video pros. This course isn't about creating pro video. It's about creating AWESOME social media video that powerfully endears your audience to you and your brand.

WHAT TO SAY IN YOUR VIDEOS

In Part One You Will Learn:

HOW TO SAY IT

In part two you are going to learn:

HOW TO CAPTURE IT

In part three you are going to learn:

In part four you are going to learn:

WHO THE HECK IS CRAIG AND WHY SHOULD I CARE WHAT HE HAS TO SAY?

Howdy!  Craig here.  With a BA in video & film production, I launched my first internet company in 2001 called Visual Reality.   As a bootstrapped company, I produced hundreds of videos in many genres from on-the-street interviews, dateline style stories dramatic vignettes and sold our educational video series to non-profits all over the world.  This was my first company.  In 3 months I had replaced my current salary at my job.  We were almost instantly profitable and while it was 'small' and bootstrapped I was able to grow it to half a million in yearly revenue in less than 2 years.  In 2004, we made our video content available via a yearly subscription fee which at the time was almost un-heard of on the internet.

What made this unique? I produced all of the video content myself.  I wrote, shot, directed, edited, set up the lighting, the audio and created the motion graphics and music design on every video.  This gives me a unique ability to teach entrepreneurs and social content marketers to create video content in that you need to create a lot of content (which means you are unlikely to depend on a production company) and you hopefully want to do it well.  I can help you.  I've been there and done this over and over again.

In 2006, I launched RevoStock.com.  RevoStock was one of the very first microvideo marketplaces.  Over the next 10 years I would boostrap RevoStock from nothing to bringing in close to 10 million in revenue and again, I grew this company entirely self-funded.  We had over 1,000,000 media products in our marketplaces upload, sold and then purchased by video pros and creatives all over the world.  I grew RevoStock with a mix of Pay Per Click ads, SEO, Social Media and Word of Mouth.  In 2015, RevoStock shut down largely due to a bogus patent infringement lawsuit that began a few years earlier.  While the suit was eventually dismissed, we couldn't bounce back from the after-effects and  I literally had to start over from below ground zero.

So, in 2015 I launched Trafficality.  Trafficality is a digital marketing company that helps small to mid-size businesses with branding, and digital media growth.  Trafficality focuses primarily on web development, Facebook Ads and Google Ads with an emphasis on SOCIAL VIDEO.  I knew I could take everything I learned starting and growing my previous 2 internet companies over a 16 year time period and help others do the same.  But, I always wanted to launch another start-up.

Enter ClipTitles, a one-of-a-kind subtitled video creation system because what I have know for the last 20 years is VIDEO IS ONLY GETTING BIGGER!  That is why I have consistently doubled down on video and every business I have started has been profitable and successful.

So, for almost 20 years now, my life has been saturated with entrepreneurship and video.  I've been there and done that successfuly 4 times in a row.  Doesn't mean I haven't had my challenges along the way.  But, I believe I am uniquely qualified to help you create stellar video content to grow your brand, audience and influence. 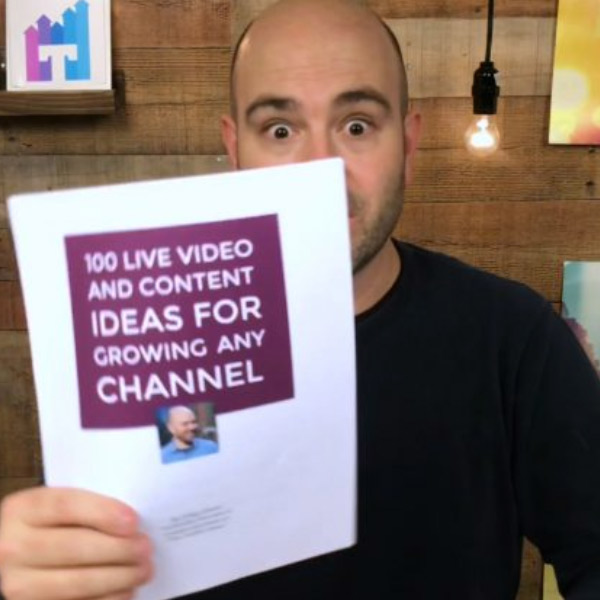 SIGN UP BEFORE FRIDAY AND CRAIG WILL SEND YOU HIS "100 LIVE AND VIDEO CONTENT IDEAS" RIGHT AWAY FOR FREE! (COURSE STARTS ON MONDAY!)

CHOOSE COURSE ONLY OR COACHING


*14 Moneyback Gaurantee Details:  If within 14 days from the start of the program, you feel that this program did not provide you any level of value, simply reach out to craig at craigl at cliptitles.com for a refund.

This website uses cookies to improve your experience while you navigate through the website. Out of these cookies, the cookies that are categorized as necessary are stored on your browser as they are essential for the working of basic functionalities of the website. We also use third-party cookies that help us analyze and understand how you use this website. These cookies will be stored in your browser only with your consent. You also have the option to opt-out of these cookies. But opting out of some of these cookies may have an effect on your browsing experience.
Necessary Always Enabled
Necessary cookies are absolutely essential for the website to function properly. This category only includes cookies that ensures basic functionalities and security features of the website. These cookies do not store any personal information.
Non-necessary
Any cookies that may not be particularly necessary for the website to function and is used specifically to collect user personal data via analytics, ads, other embedded contents are termed as non-necessary cookies. It is mandatory to procure user consent prior to running these cookies on your website.
SAVE & ACCEPT