Skip to content
Helpdesk › Category: Questions › The video that just downloaded is pathetic, it’s warped, there’s no subtitles……??? I want to be credited back the time for my monthly download.
0 Vote Up Vote Down

Message is the same as above.

2 Answers
0 Vote Up Vote Down

Hi Mike! Thanks for writing in!

When you uploaded your video we asked if your video was originally shot vertically or horizontally. This is so our system can correctly orient it for the templates we offer.

Sometimes it can be difficult for the computer to identify a vertical video as often that same video will “say” it is horizontal with a horizontal resolution, but it has been rotated 90 degrees.

Overall, the system does a pretty good job, but as a fail safe, we ask you to let us know if your video is actually vertical.

That horizontal video is what you uploaded to ClipScribe. So, when you clicked the vertical button, you said told the computer, “Hey, here comes a vertical video” and then uploaded a horizontal one.

This is very confusing to the system and its like putting a square peg in a round hole which is why you ended up with the experience you did.

As you can see from the screen grab below, and the resolution noted in the screenshot, the video uploaded was horizontal.  This is a 16:9 aspect ratio horizontal video rather than a 9:16 vertical one. 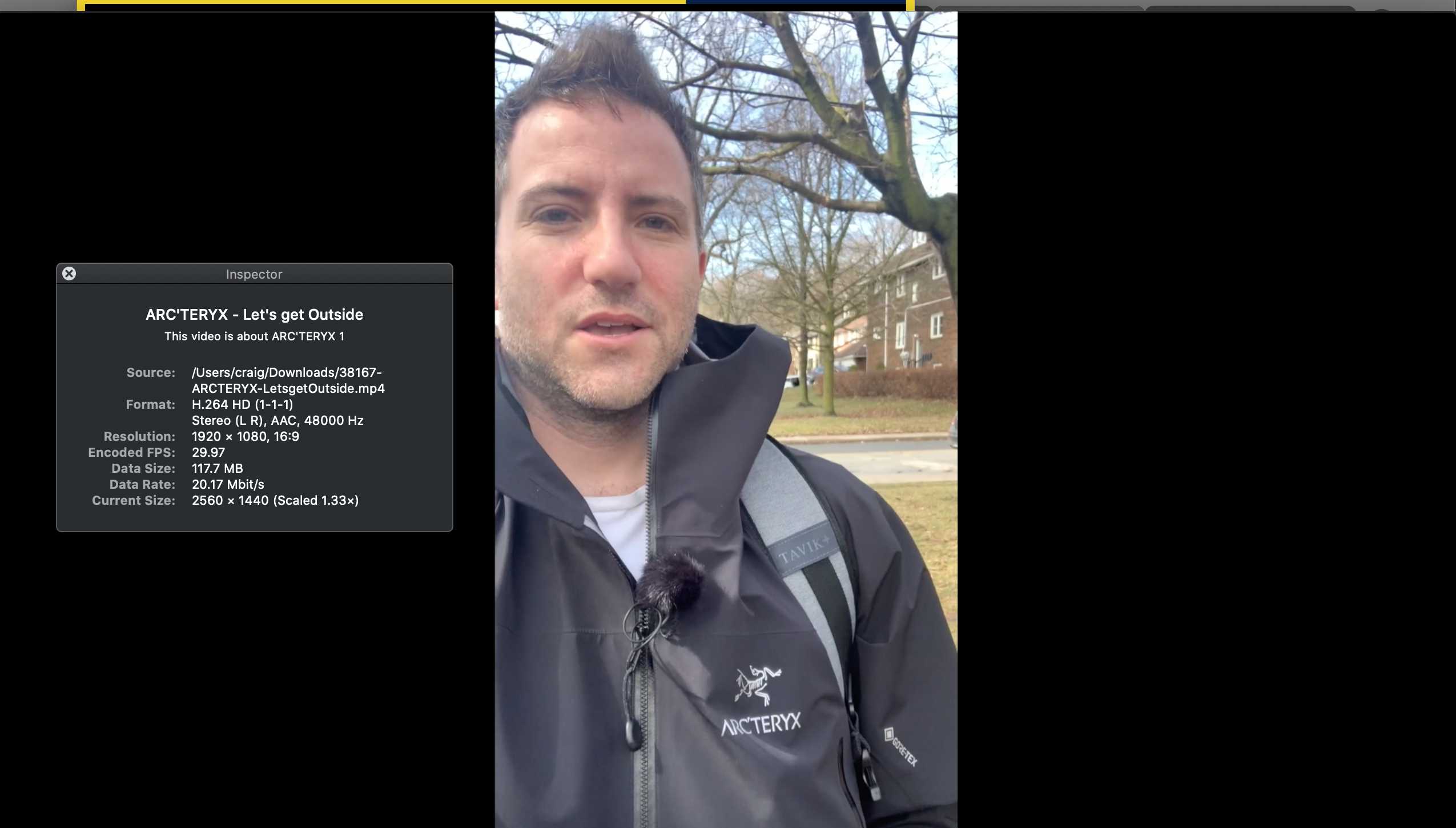 Happy to deduct your minutes, but just be aware going forward, if your video is actually vertical, i.e. you shot it vertically and then uploaded that vertical video without modifying it, click the vertical button.

However, if it is a vertical video that has been placed inside of a horizontal video, you don’t need to do anything. Just choose the default.

At this point, the easiest would be to just re-upload your horizontal video. Your experience will be much less pathetic. Thanks and let me know how I can help. – Craig

0 Vote Up Vote Down

Ok I removed those minutes.

One other note.  If you are going to go horizontal eventually, I really recommend just shooting horizontal.  It will give you the most options.  If you need to have vertical, you can use the vertical layout for horizontal videos, but then you can also upload your video to YouTube, Vimeo, put it on your blog, etc.  Instagram and FB are starting to punish vertical videos, so you will get the most bang for your buck if you shoot horizontal.

If I can answer any further questions or help in any way let me know.
Thanks!
– Craig

Hey Craig,
I appreciate your kind response! and your patience in responding to my frustrated and not-so-polite post. Thanks very much for clarifying, and you’re absolutely right with what happened to the video. Thanks a lot for explaining that to me.

No worries Mike. Anything else you need, let me know. I saw you had another question, about previewing your video which I assume you found the answer to as it looks like you deleted that question, but just in case.

You can do a basic preview in the subtitle editor by clicking any of the play buttons (the video preview will start from the block you click play on.) The play button with the line will ONLY play that single block BTW.

When you are ready to create your video, click MAKE VIDEO.

At the moment, there isn’t really a preview window for your finished video simply because you can just download it and open it in your video player. Every once in a while someone requests an in-ClipScribe preview, but it would just take more time to also render the preview along with the actual finished product and the demand hasn’t been high enough for this.

I think ultimately previewing the full sized downloaded final video is in everyone’s best interest anyway to be sure that the video they downloaded is correct, and in good shape.

Again, let me know how else I can help. I am pretty much always around and if it is an emergency feel free to reach out on FB messenger.

Please login or Register to submit your answer

Any cookies that may not be particularly necessary for the website to function and is used specifically to collect user personal data via analytics, ads, other embedded contents are termed as non-necessary cookies. It is mandatory to procure user consent prior to running these cookies on your website.